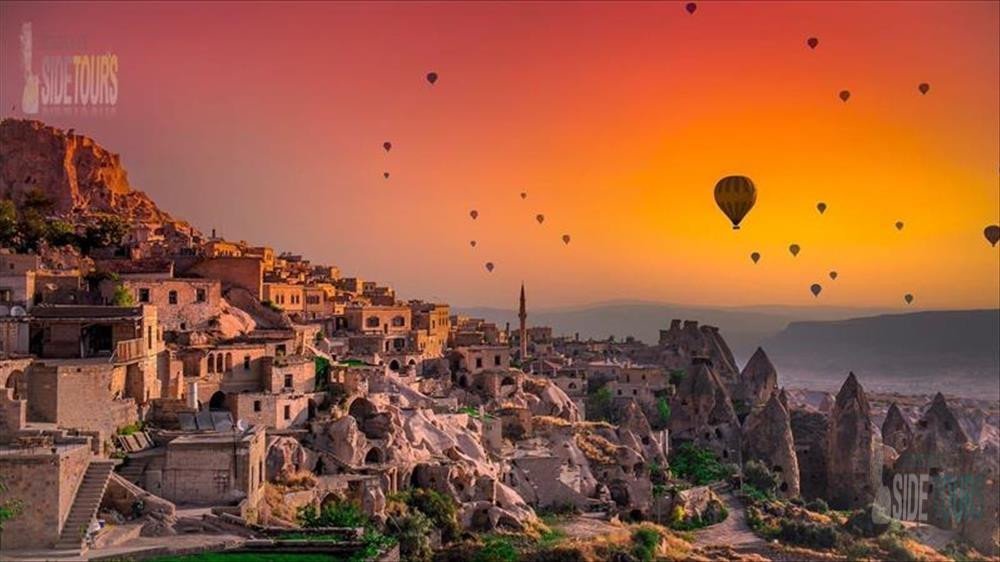 Cappadocia is an amazing place in Turkey, which is full of mysteries and ancient secrets, which can be solved only by those who will visit this amazing region! In addition to its geological uniqueness and its historical and cultural elements, Cappadocia is one of the most important culture and tourism centers, both in Turkey, and around the world. Cappadocia is a paradise for tourists, where is a lot of interesting facts about this place.

- Base attractions are located between the regions of Nevşehir, Kayseri, Niğde,

- Today’s Cappadocia covers the city of Nevşehir in its heart; historically and geographically the neighboring cities Aksaray, Kayseri and Niğde share the borders of Cappadocia,

- The area is covered by geological rocks, which are the result of volcanic eruptions of Mount Erciyes, about 2000 years ago, creating ash and lava rock formations,

- The wind has made cracks in the rocks, and hills have arisen from volcanic rock, so the territory looks like a mysterious, cosmic landscape,

- Cappadocia's soil is fertile, there are many plants, fruits and vegetables,

- Dwellings underground were used as a refuge by Christians,

- Both, the local and the foreign tourists, who visiting the region, do not only have the opportunity to enjoy the history, culture and the natural wonders of Cappadocia, but also enjoy the hospitality of the inhabitants.

These and other fascinating facts you can learn from our professional guides, historians who accompany the group on a trip to Cappadocia from Side for two days. You can book a tour on our website.